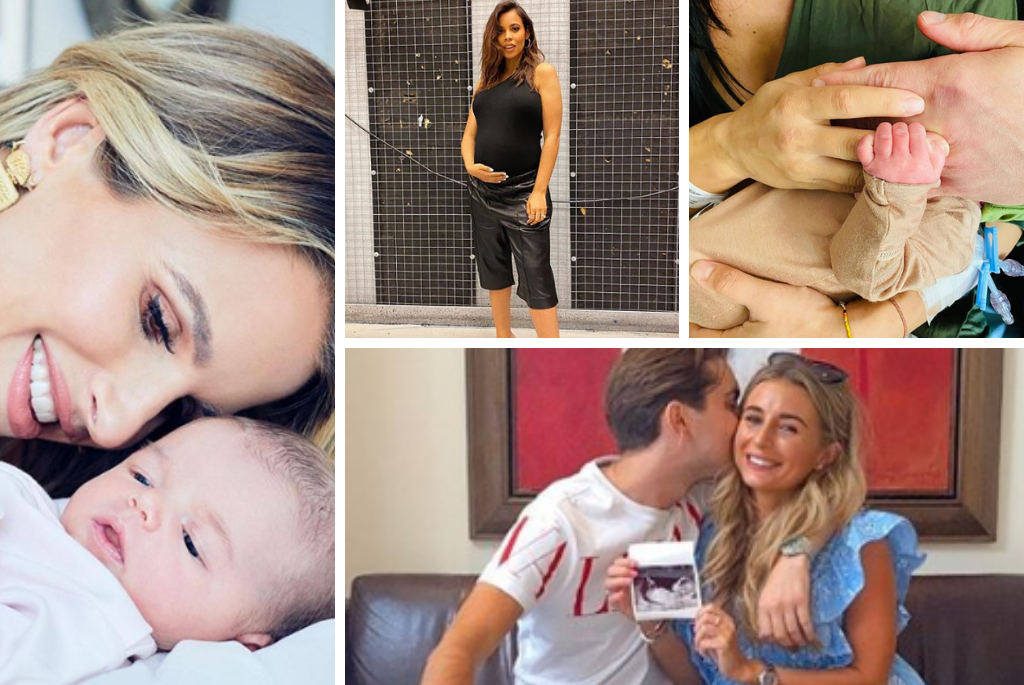 So much has happened this week when it comes to new babies and parents so here is your weekly celebrity news!

Kristen Bell just got asked about sex from her 7 year old daughter!

While talking to late night host Stephen Colbert, Kristen revealed that her 7 year old daughter asked her and her husband Dax about sex. The star said that when out on a walk her daughter Lincoln took them by surprise by bringing up the awkward topic.

She said that ‘My sister was here watching the kids. We masked up and we were like, ‘Oh, we’ll just walk down the street. There’s a great hike near our house’.

‘On our way out the door, my seven-year-old stood in the door and she held it open. She goes, ‘Uh, are you going to do a sex?’. She went on to say that  ‘We’ve talked to her about what sex is, but we’ve never talked about us doing it. Dax just really quickly said, ‘We’d love to, but it’s illegal publicly. Bye!’ and closed the door.’

They have been getting up to a lot of fun during lockdown and it sounds like the fun will continue if the kids keep catching their parent off guard!

The supermodel took to Instagram to reveal she is pregnant with her third child. She posted a gorgeous photo of her bump along with her other two children!

Jay Manuel, America’s Next Top Model creative director was one of the first to congratulate her with the comment “OMG…. Congrats to the whole family!!! 🙌🏽❤️✨✨✨✨✨✨ #blessing”

Dani Dyer announced that she is expecting a baby with her boyfriend Sammy Kimmence. They have been in a relationship for the last year and although is has been a little rocky at times, they are so excited to be starting a family together.

She wrote “Little bubba can’t believe you are going to be ours. Me and Sammy are so excited to start this next chapter in our lives, feel so lucky and grateful…2021”.

She has since been posting adorable photos of her bump enjoying the sun! Dani Dyer is 14 weeks along and she shared how she has seen so many different changes in her body recently and how she is loving it.

“I’ve been lucky with not being physically sick. But I’ve definately suffered with the nausea, always being tired but waking up at stupid times and horrendous migraines. She went on to say “I’ve had to say goodbye to salads and hello to anything that can go inside of a sandwich or a roll because for some reason a plain salad makes me GAG! All I want is carbs carbs carbs”

“Some days I’ll have energy some days I won’t even want to get out of my pyjamas and that’s totally ok…I’ve honestly never ever been a hypochondriac until now. I have drove myself mad with worry over every single niggle or pain or if I have had a headache that lasted more than a day I have been on the phone to 111. But I am calming down now, you can’t help but worry the first few months as it really is the hardest because you want it all to be positive and ok.”

After filming 14 episodes of The Hitlist in just five days, Marvin has praised Rochelle for being a “superwoman” and how he is incredibly proud to be by her side.

Rochelle looked gorgeous sharing her blossoming pump in various outfits on Instagram. She has had the best maternity style during this pregnancy and is absolute goals!

Laura went through a lot after finding out she was pregnant before finally being told she miscarried at her twelve week scan. She spoke about how it took her almost a year to talk about her miscarriage.

Describing that although the pregnancy wasn’t planned she was devastated following the news. She was absolutely heartbroken  and didn’t know whether she was meant to “cry or be emotional”.

Laura told The Times “It took me a year to talk about my miscarriage. I’d heard about people having miscarriages when they were trying for babies, but my situation was very different… What happens if you weren’t trying for a baby? I had that guilt of, ‘I wasn’t expecting this’, so then you change your life. But then suddenly you have to change your head again after the miscarriage.”

Laura has found this year incredibly difficult and said that “the last six months have been a blur”. We love the courage it took to talk about such a hardships but it is stories like this that help break down the taboo of miscarriages so women going through it don’t feel so alone.

Cara took to Instagram to update her followers how post partum was going. She said that her baby girl was getting fussy and she couldn’t find anywhere to feed her.

“Nathan said he would do the shopping, but I said ‘no, I want to get out for an hour and just look at baby grows’. I just wanted to get out and be a bit normal.” Normally she would have the café to sit down and breastfeed but because of Covid everything was shut. She was in such a meltdown that she didn’t even think about going all the way back to the car.

While updating everyone on how her first week has been after giving birth, she said that she had to remind herself that she only just gave birth. Cara has been praised for being real about the post partum body and we love the body positivity. This is another topic that has a huge taboo surrounding it and there is huge unneeded pressure to ‘snap back’ to pre pregnancy body.

Usain Bolt has the ‘best conversation ever’ with his daughter

Usain Bolt shared the most adorable video on Instagram talking to his baby daughter Olympia. She is almost two months old and she was cooing to the doting dad.

We absolutely love her name ‘Olympia Lightning Bolt’. Come on, how cute is that name! They couldn’t have picked a better name!

Bella Twins give birth within hours of each other

Nikki Bella has given birth to her first child, a healthy baby boy. Nikki had a gender reveal while pregnant and knew she was having a boy, however her twin sister Brie left the gender a surprise. They talked about how their pregnancies had been just as identical as they were to each other, and they couldn’t have had predicted how true that was going to be.

One day later Brie Bella gave birth to her second child, a healthy baby boy! They could never have imagined being pregnant at the same time, let alone both having boys within hours of each other.

Vogue welcomed her second child with her husband Spencer Mathews. They are already parents to a son Theodore who will be turning two soon, and now have a healthy baby girl.

They introduced their baby girl to the world in an Interview with Hello! Magazine. Vogue and Spencer announced their ‘perfect’ baby girl is called Gigi Margaux. ‘There couldn’t be more love in our houses right now’ with the addition of Gigito the family.

She said that when they were talking about names Vogue wanted to pick a name that she would want to be called. She added that “I just love it. I wish I was called it myself”. “We decided on it ages ago and as soon as we saw her, we knew it suited her. She is so perfect. I am obsessed with her”.

Get another dose of weekly celebrity news here!