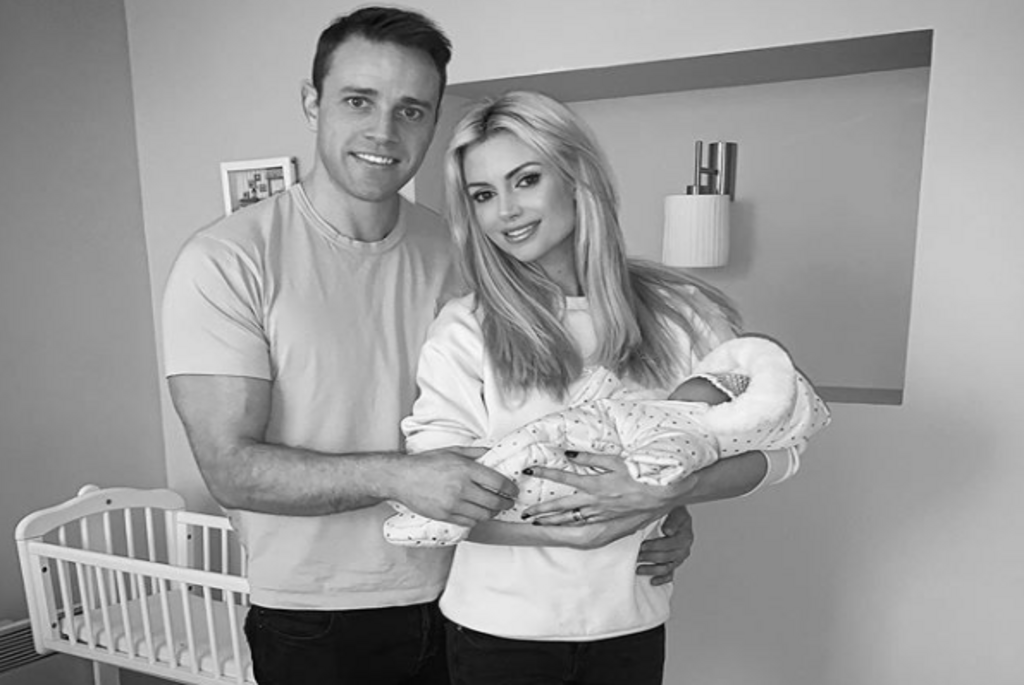 Rosanna Davison’s Surrogacy Journey was a roller coaster and she appeared on the Late Late Show last week to open up about it all.

Rosanna and her husband Wes welcomed their baby girl Sophia back in November. However before becoming parents through surrogacy, they had a major battle with fertility for years. Rosanna revealed that she had suffered 14 miscarriages. When they first started trying she got pregnant quite quickly. “I had my eight week scan booked, I told my family at five weeks, and everyone was just thrilled for us, and then, kind of abruptly and quite painfully at six and a half weeks it all came crashing to an end and I had a miscarriage”

“I was told by the doctor it was probably due to genetic anomaly with the embryo and to try again. Tried again, got pregnant quickly again. Same thing happened again around six-and-a-half weeks, we lost the baby again to a miscarriage.”

“We tried for a third time and I remember going for the blood test, and being told that my hCG was low and that the pregnancy would probably fail, and it did fail. This continued. In total we had 14 of these early miscarriages.”

Just like Ola and James Jordan, Rosanna was constantly asked whether she was going to settle down and have a family. She was in the midst of a miscarraige and she added that “you are dying inside when somebody is asking that.” “Towards the end I got pretty ballsy and started saying, ‘Well actually I just had a miscarriage and it didn’t work out’.”

After endless testing and seeing about “five specialists between Ireland and the UK,” she saw “a doctor who specialises in reproductive immunology! And he send her for “what’s called Chicago blood tests,”
“They’re sent to Chicago, your blood test. It’s really quite a wide range of immune system profiles, looks at a big immune panel.
“It showed that my, they’re called Th1 and Th2 cytokines, so it showed that I had a pretty significant or severely significant imbalance between Th1 to Th2, and they’re immune modulating cells so they control your immune response to things.
“I was told that pretty much my immune system was reacting to Wes’ DNA, seeing it as a foreign invader as it would say a pathogen or a cancer cell and killing it. So, essentially my body was killing my babies.”

In a very honest interview Rosanna said that she “questioned my role as a woman”. She tried various medical treatments in order to be able to carry a baby to term. However all these treatments had a negative affect on her health and she had to stop.

Surrogacy was offered as a great option which held great hope for them to be able to have a baby. This is where her surrogacy journey began but it wasn’t an easy decision. Rosanna Davison’s surrogacy journey was full of emotions. “The idea of a stranger carrying your child in another country was just, it was awful. I played with the idea for a few weeks. To be honest I wasn’t sure if we could go ahead with it.”

“Once the doctor recommended surrogacy we sought the advice of a lawyer, and I would say that to anyone looking to go down the road of surrogacy.
“It’s a commercial surrogacy as opposed to altruistic, and we just felt it was more suitable for us. And we were told that Kiev, or Ukraine would be good for us as an Irish married couple.”

It is a long road from beginning the surrogacy process to when contracts are signed, saying that it was the guts of “one year”.

It was very hard to be removed from the whole pregnancy journey herself. They were kept up to date with scans however when Rosanna received a picture of the bump it brought up many distressing emotions.
“I was thinking of missing out on all the kicks and experiencing the pregnancy I was dying to experience. I was wondering if her daughter thinks she’s getting a sibling, what does her partner think, is she emotionally attached to my baby?

One week before the due date Rosanna and Wes met their surrogate. Then at 39 weeks they got the call to go to the hospital.

Rosanna got emotional when talking about the birth of her baby. Saying “We’d seen our baby in the scans but we walked in and she was crowning and my mum was there too, she pushed me over as the surrogate was pushing the baby”. Rosanna was able to cut baby Sophia’s cord once she arrived into this world. “How can you prepare yourself for watching a stranger give birth to your child?” “It was just the most surreal, terrifying, emotional, amazing experience”. “It’s the moment we had been thinking about for years, and wishing for.” 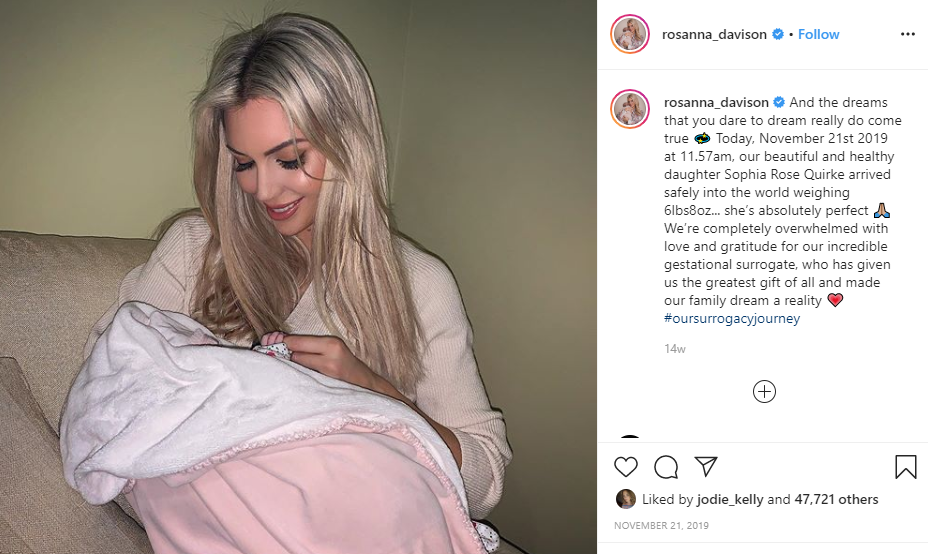 Wanting to keep Sophia out of the public eye, she also wanted to shed light on the surrogacy journey. Her aim is to hopefully give comfort to others going through similar struggles. Speaking about it is really important to Rosanna in “opening up the conversation on fertility on miscarriage, on the struggle,”

“I’m just appealing to people going through it to you know talk to a trusted friend or relative and and don’t go through it alone.”

It was so admirable to watch Rosanna open up and be so transparent in her journey. Hopefully we are firmly on the road to end the taboo around infertility and surrogacy. 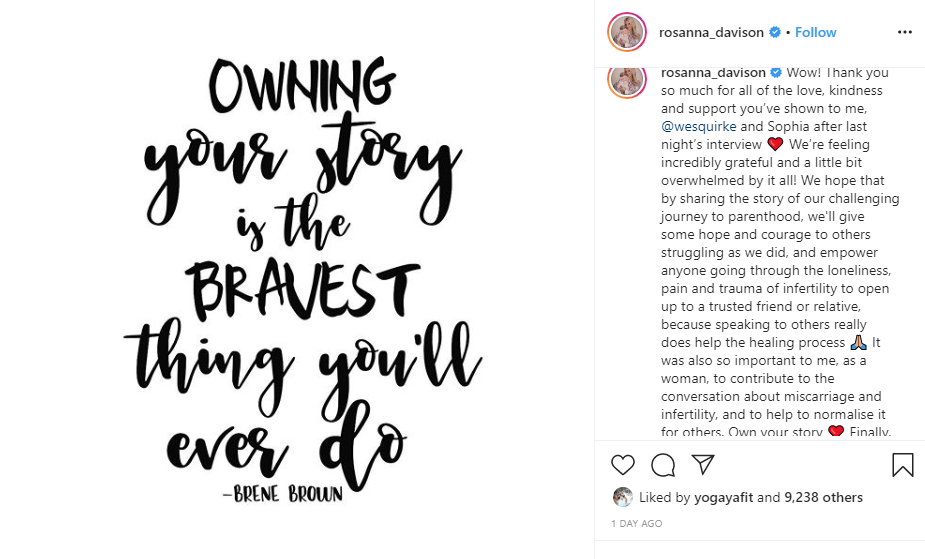 Watch the full interview on the RTE player.