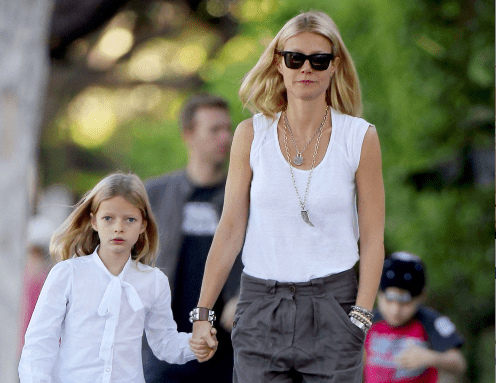 So, a big welcome to Chicago West, born on the 15th January by surrogate, third child and second daughter to the blandly named Kim Kardashian and Kanye West. You, Chicago, join a starry cast that includes Everly Bear, Apple, Moroccan and Fifi – celebrity babies saddled with ostentatious and sometimes downright nuts names thanks to their attention-seeking A list parents.

When it comes to naming their child, the apple of their loins and the light of their lives, it seems that celebs just cant tire of calling their kids crazy names more likely to bring about ceaseless ribbing in the playground than a life of fame and fortune.

When naming her baby daughter Princess Tiaamii, Jordan explained to OK! Magazine: “Her name is Princess Tiaamii. Princess because she is our princess and Tiaamii was Pete’s idea because it’s taken from our mums’ names. We love it because it’s unique, plus it means something special to us”. The baby’s dad, Peter Andre added: “Katie always loved the name Princess but everyone thought it was a bit over the top. I loved it too but I wanted to name her after both our mums and then I just woke up one morning and thought ‘I know! We’ll just put them together!”

Yep, it seems that for the average celeb, inspiration can come from just about anywhere. When they have exhausted the possibility of calling their babies after countries (think India, Ireland, Moroccan), cities (Brooklyn, London and of course, Chicago) and fruits, flowers and plants (we all know Apple Paltrow Martin, but how about Sage Moonblood Stallone, Daisy Boo Oliver or Melissa Etheridge’s son Johnnie Rose) celebs are seeking inspiration from their lives of travel. Think Pilot Inspektor (Jason ‘My Name Is Earl’ Lee’s son), Journey Jett (adult movie star, Jenna Jameson’ son) or Racer and Rocket (sons to Sin City director, Robert Rodriquez).

Then there’s the kids who were born to fight crime – literally in the case of Moxie Crimefighter, who was saddled with this ridiculous name by HER father, US magician Penn Jillette. Not quite as daft, but certainly up there is Kannon (son of Kevin James), Gunner (son of Brandon Flowers), Pirate (that would be son to Jonathan Davis), Rebel Antonio (Robert Rodriquez again) or Drea de Metteo’s daughter, Shooter Jennings.

Of course why have your feet on the ground, when you can have your eyes on the skies above? At least that’s what you might believe having taken a peek at the ‘stellar’ names chosen by some. Frankie Lampard, the rather ‘earthy’ footballer had a moment of madness when he called his little darling Luna Coco and Donovan, the folkie 70s troubador, must have had stars in his eyes when he called his daughters Oriole Nebula and Astrella Celeste. And the ‘sky’ gazing doesn’t stop there. Several celebs seem to have a fixation with rain. Vanilla Ice (real name Robert Van Winkle) opted for the slightly pornstarish Dusty Raine for his daughter, Will Smith and Jada Pinkett settled on Willow Camille Reign and then there’s the most recent arrival to the Kardashian clan, Kylie’s daughter, Stormi. But the best of all has to be Ving Rhames, who for some inexplicable reason decided to name his little sweetheart Reignbeau. Yes, spelt exactly like that.

Some A-listers cant resist looking to the movies for their inspiration. Mariah Carey and hubby Nick Cannon saw Marilyn Monroe as such a positive role model that they named one of their twins after her – the affairs, the drug problem, the probable suicide, what’s not to like? Closer to home, the Edge and his first wife, Aislinn O’Sullivan named their third daughter Blue Angel, after the 1930 Marlene Dietrich film about a man-eating cabaret singer called Lola Lola. Steven Spielberg and Kate Capshaw also felt inspired by Dietrich, they named their son Destry Allyn in homage to another of her movies, Destry Rides Again.

And finally, there are the truly crackpot names. The names so frighteningly and horrifyingly daft that you have to wonder just what mummy and daddy dearest were smoking when junior was born. Arguably we’re there already with Pilot Inspektor and Moxie Crimefighter but the absolute worst of all, without a shadow of a doubt and with absolutely no redemption whatsoever, has to be the name bestowed on her child by actress Shannyn Sossamon. When it comes to ensuring a life of misery for your little one, naming your flesh and blood Audio Science really takes the biscuit. Personally, I’d take Sage Moonblood or Dusty Raine any day.

Getting your kids to bed on Christmas Eve!