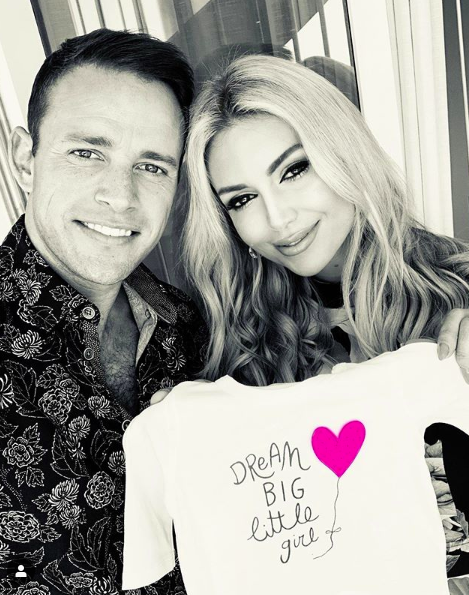 Expectant mum, Rosanna Davison, 35, is reportedly planning to write about her about her surrogacy journey.

The former Miss World 2003 revealed in an interview with the Irish Independent that she would love to write about her journey to becoming a parent.

Speaking with the Irish Independent, Rosanna said: “I’d definitely consider writing a book as there’s so much I haven’t discussed about [the] process, from the emotional side of the journey to the complex medical and legal requirements.”

‘Eat Yourself Fit’ and ‘Eat Yourself Beautiful’ writer explained: “It’s not a particularly straightforward route, although it’s one that we are extremely grateful for.”

“We just feel strongly that silence drives stigma, while speaking about it helps to normalise it. It gives hope to others and is the best way to heal after the trauma of a pregnancy loss.” She added.

Rosanna said she could also see herself doing a TV documentary as she explores the issue of surrogacy for Irish families.

“Rather than just discussing our journey, I’d love to do a documentary following different people on their road to parenthood through surrogacy,” she said.

“Once we’re through the wonderful chaos of the newborn stage, I might start looking at ideas next year.”

Rosanna took to Instagram in August to reveal that she and husband Wes Quirke are expecting a baby girl this coming November by gestational surrogate.

She announced on her post that the couple are expecting their first child via surrogate after a “very tough journey” for the couple with “multiple miscarriages along the way”. 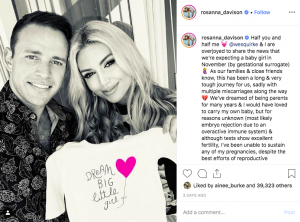 Rosanna who is the daughter of musician Chris DeBurgh said that she and her husband ‘dreamed of being parents for many years.’

She explained that she would have loved to carry her own baby but for “reasons unknown” she was unable to sustain any of her pregnancies, “despite the best efforts of reproductive immunology experts & a lot of immune-suppressant medication, injections, intravenous infusions & surgery.”

“Following medical advice”, she said, “gestational surrogacy abroad became our only viable option for a biological child & we’re so thankful for the wonders of modern medicine & reproductive science.”

Rosanna who lives in Dublin has been in a relationship with Wes, since 2006.