Philip Schofield Has Come Out As Gay

TV presenter Philip Schofield has come out as gay in an incredibly moving statement which was posted to his Instagram.

Philip joined Holly Willoughby on This Morning addressing his statement. He began by stating how “you never know what’s going on in someone’s seemingly perfect life, what issues they are struggling with, or the state of their wellbeing”.

Philip went on to talk about how his “inner conflicts contrasts with an outside world that has changed so very much for the better.” 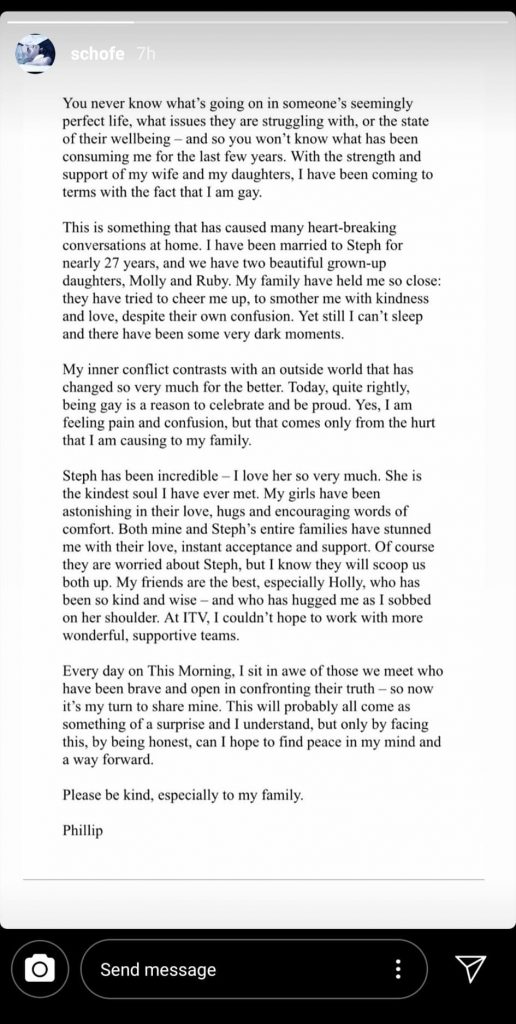 He broke down while discussing coming out to Holly. He spoke about how he couldn’t have done any of this without her support. Philip also expressed how hard it has been in the past when sitting across from individuals speaking about their sexuality, saying “you’re so brave, and i’m thinking i have to be that person.”

Philip thanked his wife of 27 years, his kids and his mother for all their unconditional support.

Check out his conversation with Holly here.

We are so proud of Philip for having courage to come out. We hope this will inspire others in the same position to come out as well.