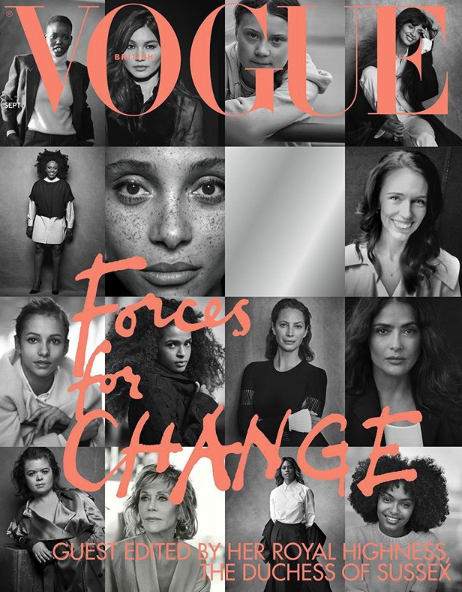 The HRH Duchess Of Sussex has guest edited The September issue of British Vogue.

It is the first time a September issue of British Vogue has been co-edited. 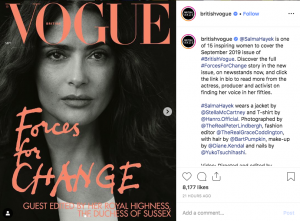 The September 2019 issue, entitled ‘Forces for Change’, highlights trailblazing female change-makers – from activists to artists, prime ministers to climate change campaigners – who are breaking barriers and setting the agenda across the globe, reports British Vogue. 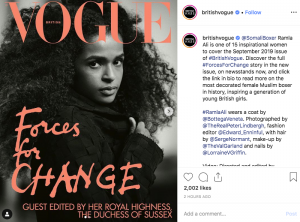 The cover shoot was photographed by Peter Lindbergh, reportedly his first for the magazine since September 1992.

The September Issue is available for digital download now on the App Store and for Android, and is currently on newsstands nationwide.