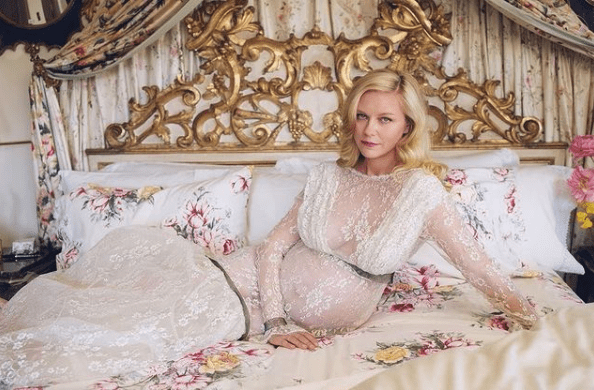 Kirsten Dunst, 39, has revealed that she has named her baby boy, James Robert.

The actress gave birth four months to second son with fiancé actor Jesse Plemons, 33, in May.

The couple who got engaged in January 2017, also have a 3-year-old son named Ennis.

The couple met while filming the second season of Fargo in 2015.

The actress, unveiled her new baby’s name in a new interview with the New York Times on Friday.

Speaking with the newspaper, Kirsten said, “This is the newest guy, the Big Kahuna,’ Dunst said of her secondborn, who weighs 18 lbs. ‘He’s an angel, but he’s a hungry angel. And a heavy angel.” 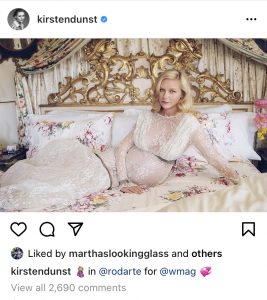 Kirsten first revealed her pregnancy on the cover of W Magazine’s annual Directors issue in March.

She gained recognition for her role as child vampire Claudia in the horror film Interview with the Vampire (1994), which earned her a Golden Globe nomination for Best Supporting Actress.

Kirsten is best known for her role in the Sofia Coppola-directed drama The Virgin Suicides (1999) as well as Lars von Trier’s science fiction drama Melancholia.