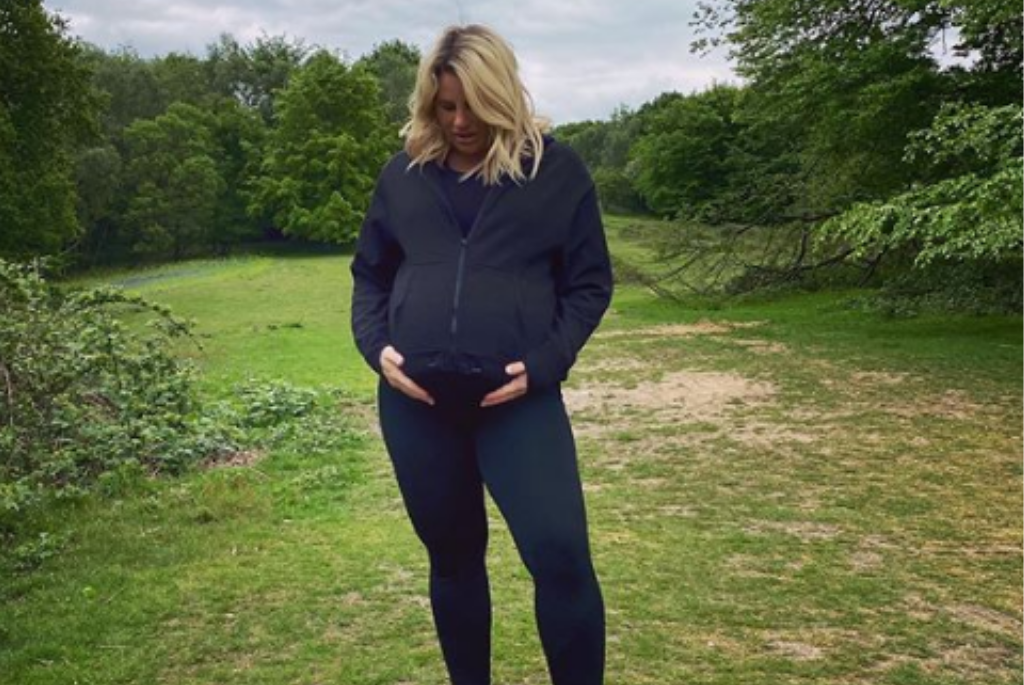 Danielle Armstrong and her Fiancé Tom Edney welcomed their baby girl this week.

Danielle took to Instagram to announce the news saying ” My World Is Complete 👶🏼💕 Orla Mae Edney Born May 26th at 16:30pm, Weighing A Healthy 8Ibs11″.

The TOWIE star was one week overdue with her baby, and was seen leaving the hospital just one day later. They stepped out of the hospital looking overjoyed with their new addition, just waiting to bring her home.

After announcing the birth of her little one Danielle took to her stories sharing herself breastfeeding. She admitted to feeling like she had been “hit by a bus” after the birth. Danielle added that she wasn’t going to “talk about the labour” and that she would do it another time, but that “she’s here that’s all that matters”. She went on to say that she’s “exhausted” and that “all women that have children are superheroes – and midwives.”