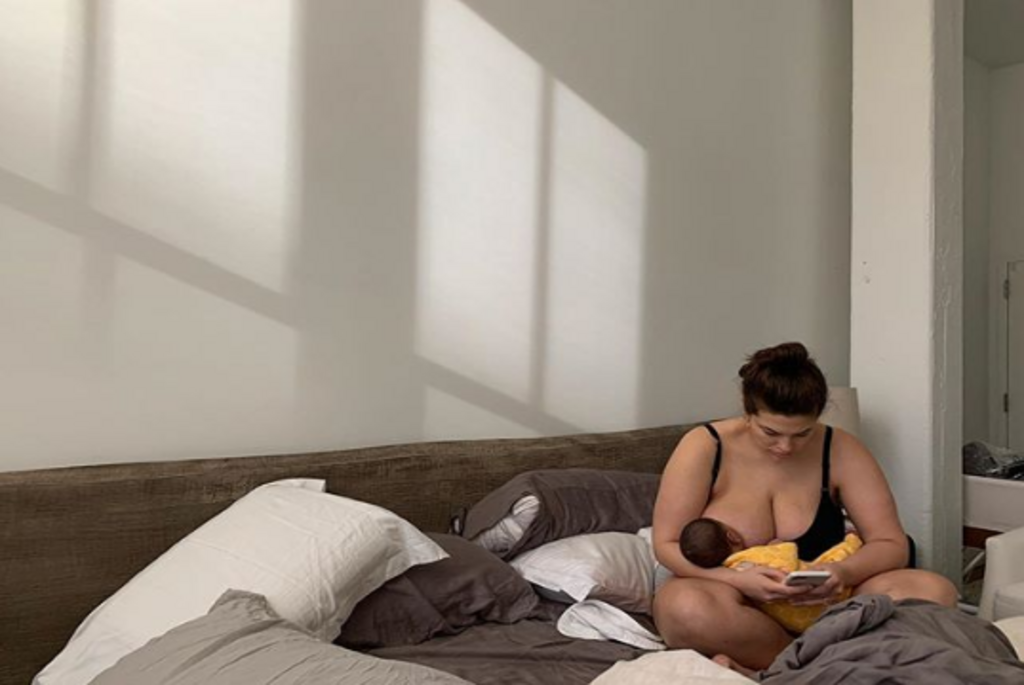 Celebrities are breaking down breastfeeding barriers in order to normalise breastfeeding in public. Breastfeeding is such a personal journey, for some it comes naturally and it works for mom and baby, and for others it just doesn’t work for many different reasons. However and wherever a parent chooses to feed their baby is their choice and they shouldn’t be judged for it.

Many mums feel nervous about breastfeeding in public and this shouldn’t be the case. It is one of the most natural things in the world and a baby has to eat somehow!

Recently celebrities have been breastfeeding in public and highlighting this on their Instagram in order to turn this taboo topic into something spoken about. We were so inspired to see new mom’s Amy Willerton, Ashley Graham and Kate Upton, to name a few, breastfeeding their babies in public.

Amy welcomed her first child in January and she posted this lovely photo on Instagram breastfeeding here baby, Demelza. Her baby is six weeks old and it was her first time breastfeeding in public since she was born. It was her fear that stopped her from doing it in public. She realised her fear had affected her supply and by turning to pumping it wasn’t helping her baby getting enough milk. She was inspired by Ashley Graham’s breastfeeding in public post and praised her for helping her to be brave. 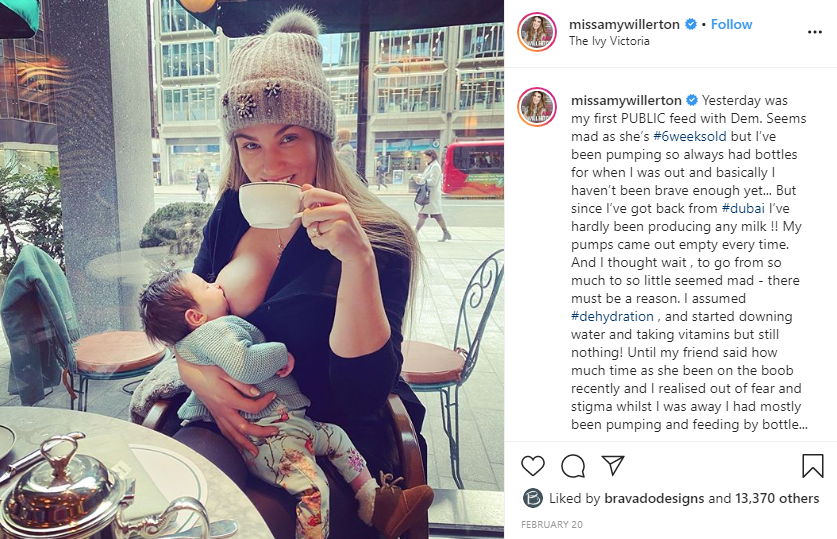 Amy opened up on IGTV about breastfeeding and is worth checking out.

Ashley posted a photo of herself breastfeeding in a coffee shop in Brooklyn. Her fans loved this post saying that she was bringing “nature realness”. She has since been really transparent and real when it comes to showing what motherhood really looks like on her Instagram. She has shown herself breastfeeding multiple times, her stretch marks which she calls her “stories” and pumping in the back of a taxi. Ashley also documented her first blow out in public with no toilet anywhere, which resulted her changing a nappy in the middle of a store!

Stacey has also shown herself breastfeeding (and leaking) on her Instagram but she also had to update her followers about how she had to switch to bottle feeding. She explained that breastfeeding wasn’t working for either of them, despite her best efforts. To put her son Rex first she had to turn to feeding from a bottle. She said she felt like a failure but that she has come to realise that she did her best. The most important thing was that Rex was fed and it didn’t matter how. Stacey has since found out that Rex had an undiagnosed tongue tie which made breastfeeding almost impossible. While on Loose Women she opened up about this diagnosis saying that she wanted to raise awareness of this issue. 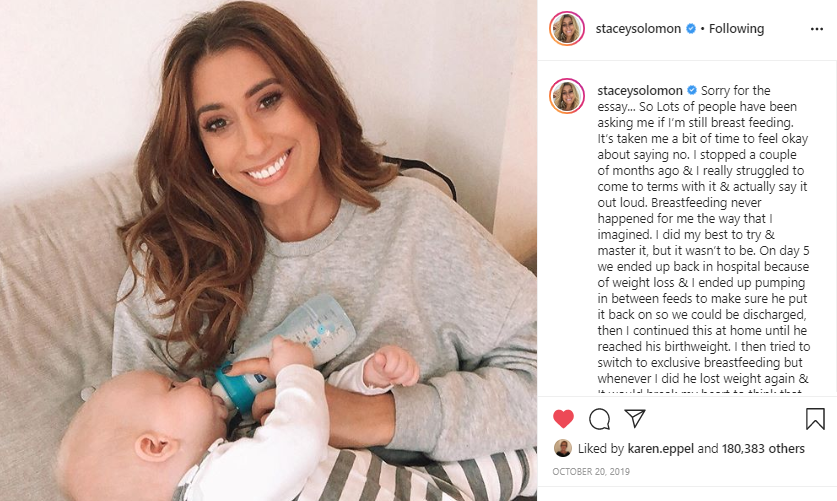 Kate also posted images of breastfeeding and opened up about this alongside the pressures of being a new mum in Editorialist Magazine. She talked about the pressure to snap back and how everyone needs time to recover and get used to being a new mom. 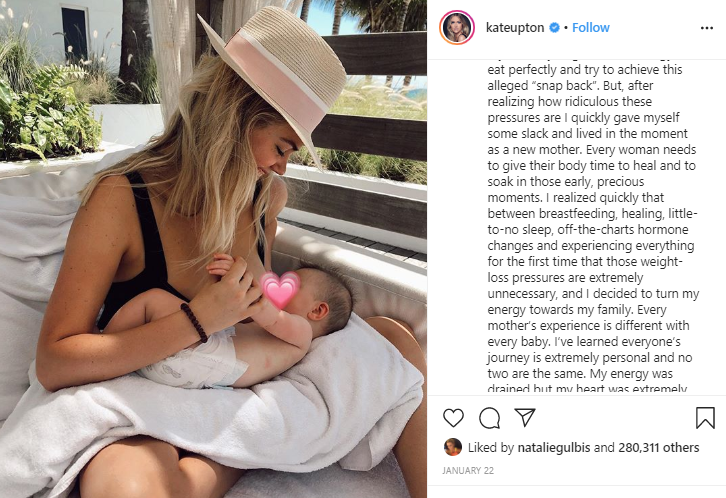 These high profile celebrities are helping break down the walls surrounding breastfeeding and all things new mom related. It is great that they are highlighting the realness to motherhood.

Everyone’s journey is different. Bottle or breast, in private or public, it is up to YOU. You don’t need to let other people dictate decisions that are yours to make. You do what is best for you and your baby.