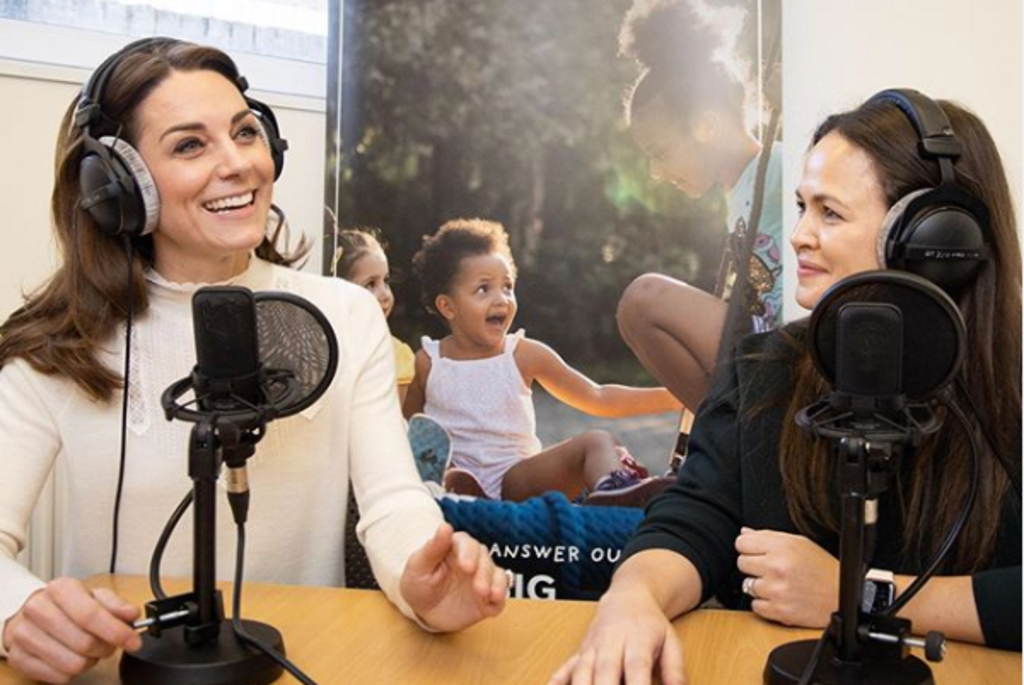 Kate Middleton makes podcast debut on ‘Happy Mum, Happy Baby’ by Giovanna Fletcher. She recorded her first ever podcast where she speaks openly about motherhood.

The Duchess of Cambridge is on tour after launching “her UK-wide survey, 5 questions for the under-fives which look into our hopes for the future generations.” 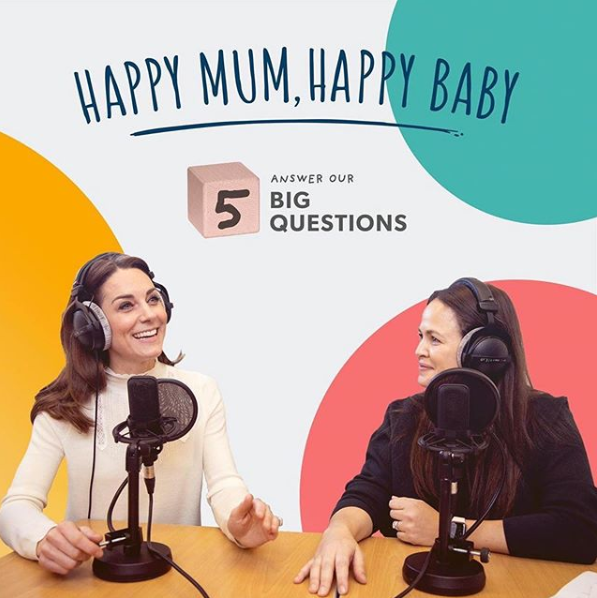 Kate spoke about how she wants to bring her own childhood experience into her children’s lives.

Speaking about mum guilt, Kate said that “anyone who doesn’t as a mother is actually lying! Yep – all the time, yep. But no it’s a constant challenge”.  Giovanna stated that “There’s always something to feel guilty over”.

Kate openly admitted to not being “happiest of pregnant people” due to the terrible morning sickness. “William didn’t feel he could do much to help and it’s hard for everyone to see you suffering without actually being able to do anything about it.”

She sat down with Giovanna and discussed things about her birth that she had never spoken about before.  Kate did hypnobirthing during her labour and couldn’t speak more highly of it.

“I saw the power of it really, the meditation and the deep breathing and things like that – that they teach you in hypnobirthing – when I was really sick and actually I realised that this was something I could take control of, I suppose, during labour. It was hugely powerful and because it had been so bad during pregnancy, I actually really quite liked labour”

She said after giving birth to Prince George, the experience was “slightly terrifying, slightly terrifying, I’m not going to lie”. Walking out of the Lindo Wing with millions of eyes on them was daunting however looking back the whole experience was a “blur”. Kate says that putting Prince George in the car, “was quite hard to do that on the world’s stage” but that “he did a very good job.”

It was such a candid interview in which it was so lovely to hear the Duchess speak so openly about sensitive topics. Happy Mum, Happy Baby is a great podcast to listen to, covering a vast majority of parenthood topics. It is very refreshing to able to hear other stories about being a parent and knowing you are not alone.

The Support You Need

Staying Safe When Using Your Car

Easy food to make while stuck at home!

Hitting Out & Playing Up