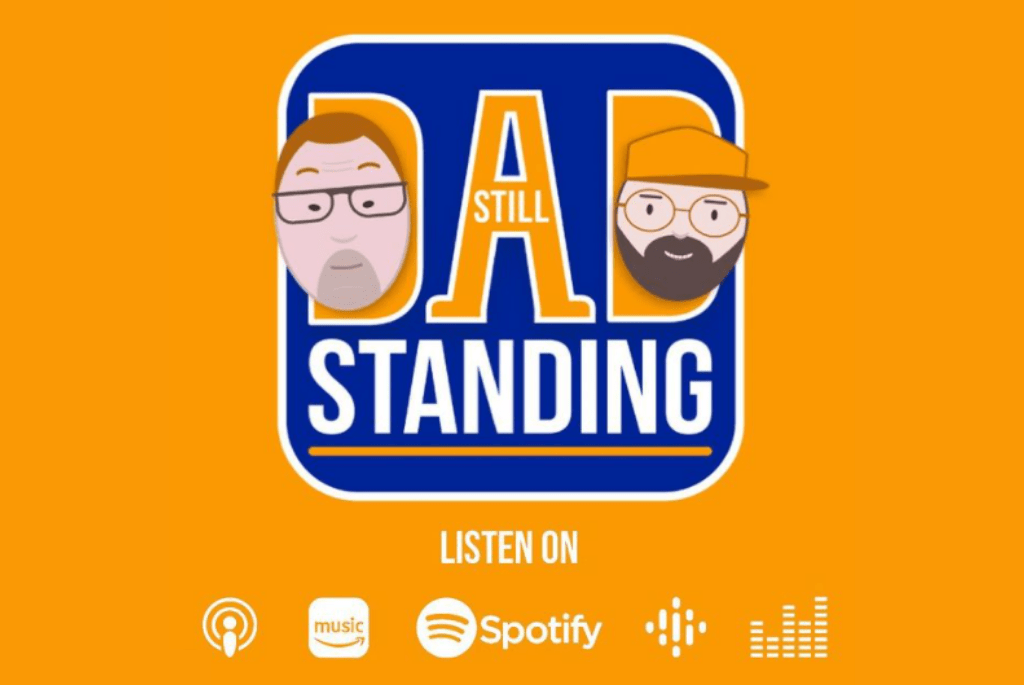 Bereaved Dads launch podcast to help fathers with baby loss and the grief surrounding it.

Two dads brought together through baby loss have launched a podcast aimed at supporting other fathers and their families through grief. Liam Preston and Matt Dearsley from Essex recognised there were no resources specifically targeted at dads who were grieving and wanted to do something positive with their pain.

The ‘Dad Still Standing’ podcast begins by focussing on the immediate aftermath of losing a baby. It explores Liam and Matt’s own experiences on the day, through the first week and beyond. The podcast was designed to be a practical resource. A step-by-step guide on what is to come and how to overcome it following the loss of a child. Special guests and experts will support the dads as they explore the differences between mums and dads; returning to work; telling siblings; financial impact; trying again; pregnancy after loss; religion; and maintaining a relationship with your partner.

While primarily aimed at dads, the podcast hopes to help mums and families as well. They are offering a unique insight into how men cope with the loss of losing a child. This and the additional pressures of keeping the family together. Relationship breakdown is extremely common following a loss and this can often be down to couple’s communication challenges. The podcast aims to shine a light on how men feel and their struggles with expressing themselves.

Liam and Matt were keen for the podcast to be helpful. To do this they wanted it in the right tone to make dads want to listen. It isn’t “an hour each episode of us being depressed about our stories”. As Liam describes in the show – it’s two blokes talking as if they are down the pub about loss and what is to come in life.

Reflecting on the podcast Liam said:

“When we lost our baby girl, Paloma, during childbirth it was heart-breaking. I had hoped there would be something out there that could help me deal with the emotions, the stress, and the grief of this moment. However, when I looked around it was all focussed on mums and nothing for dads. There was no one talking my language or saying they felt the same way I did.

“It has taken a while to be in a place where I can talk openly and honestly about what happened. I wish there was something that could have guided me through this journey and so creating a podcast for others felt like the right thing to do. Hearing from other dads about dads is crucial.”

“It is often hard for men to talk about their emotions, and we are seen as having to be strong for our partners and families. In reality, we are just as fragile and in need of support. We want to push through this stereotype and make sure dads know they can grieve and how best to cope with that.

“Suicide is the single biggest killer of men under 45 and if we help just one dad make a better decision it will be worth it. There is so much positivity which can follow a loss, we just need to help more dads get to that place.”

Lidl are now offering paid leave to those who suffered a miscarriage – read about it here.

Aldi’s €5 Uniform Deal Is Back!